Trident University International provides an exceptional online educational experience for its students – diverse adult learners including current and former members of the military family.
Adhering to the highest standards of academic excellence, faculty and staff foster a learning community where students develop critical thinking and problem solving skills to enhance their lives and advance their careers.

Message from the President 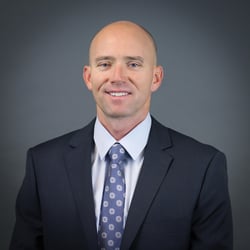 I am sure many of you can identify a time in your life where you achieved more than you thought possible. Perhaps it was a short-term goal to eat a little healthier that became a long-term lifestyle change or a simple decision to watch less TV that resulted in more quality time with your children. Most often, we are capable of more than we think or believe.

So why do we settle for less? In "HillBilly Elegy," J.D. Vance outlines his personal journey out of Applaachia and the rust belt, in which he overcame poverty, negative cultural influences, and constant family crisis to graduate from Yale Law School. Vance paints a dark picture in how pervasive external influences can be in determining our life's direction. In Vance's case a grandmother that believed in him, and service in the Marines taught him to dictate the life he wanted to live by the actions he made.

Simple, small, but consistent action toward a set direction over time results in significant and meaningful improvement. Trident's purpose is to take students further than they thought possible. The invitation is open to all, acceptance is marked by a little extra time on the Session Long Project (SLP), or reading the material a second time to make sure you understood the concepts.

Nothing gives faculty, staff, and administration more joy than to see students achieve. Don’t hesitate to let your advisors and/or faculty know how we can support you better. You are Trident Strong! 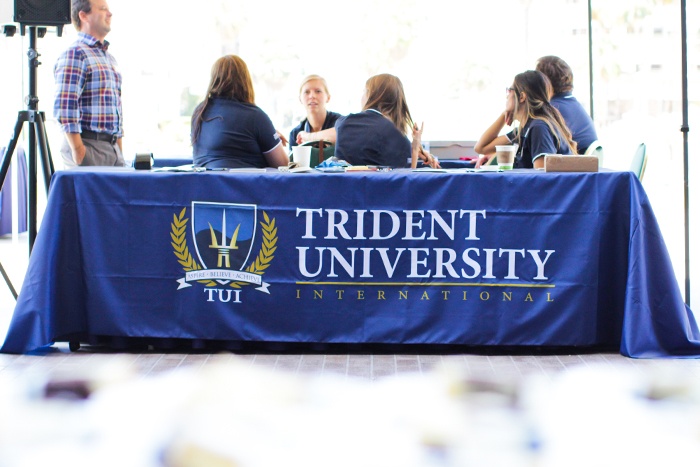 Trident in the Community

Join Trident at any of the following events in your local community: 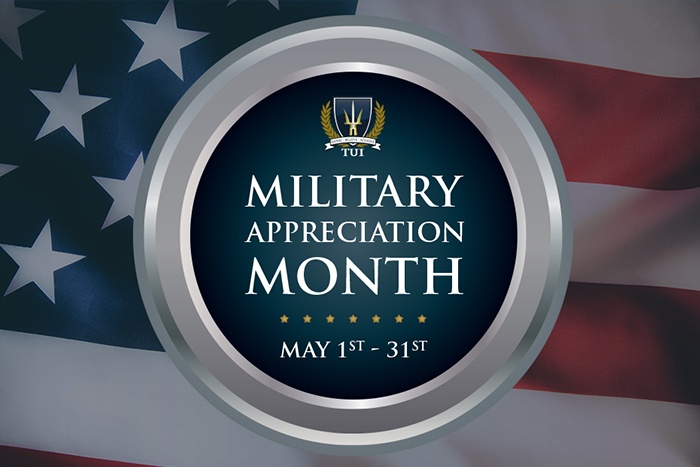 "Our Nation is free because of brave Americans, who volunteered to confront our adversaries abroad so we do not have to face them here at home, and I believe it is our responsibility as Americans to preserve the memory of our fallen.” - CSM(R) Philip F. Johndrow

What do a lot of Americans think of when they imagine Memorial Day? We think about an additional day off from work, and spending time getting ready for the summer. Or they think about taking time with friends and family to go to the lake for a picnic, but Memorial Day is not about picnics, barbeques, and ball games. Instead, it is about honoring those brave Soldiers, Sailors, Airmen, and Marines who died while fighting to protect our country and our freedom. To those who fought for it, freedom has a flavor that the protected will never know. Today is the day that the whole world should stop and honor and preserve the memory of the fallen heroes who stood up in the face of evil.

While I was the Post Command Sergeants Major at Fort Leavenworth, Kansas, I put on my dress uniform and stood plane-side at the Sherman Army Airfield when they brought one of our heroes home. Colonel John Michael McHugh had been killed in action on May 18th, 2010 in Kabul, Afghanistan in a car bomb attack. He, along with 5 other heroes, willingly gave their lives so we could live in peace and celebrate this day. Col. McHugh was a father of five and a soccer coach for grade school children. When Col. McHugh left for Afghanistan, he told his players that he would be back in a few weeks.

His players went into shock when they heard the news. With tears streaming down her eyes, one young girl from the team said, “I guess the Lord needed a good goalie.” As Col. McHugh went on one last patrol through Fort Leavenworth to rally up at his final resting place where heroism and valor sleeps, he did not go alone. On this patrol, he was escorted by hundreds of chariots of veterans, civilians, and soldiers from the Patriot Guard, as well as law enforcement officials from both the civilian and the military community. The procession was over a mile long. On his last patrol, there were thousands of Soldiers, Sailors, Airmen, Marines, and Civilians lined up on each side of the street, crowding the route as far as the eye could see for several miles.

There were children who came out of school so they could wave their American flags, with those in uniform snapping to attention and rendering a sharp hand salute as tears streaked down their faces as the patrol rumbled by. All in unison, they were paid their final respects to this hero. Everyone on that street came together realizing that America is a land of many heroes. Resting around the nation in hallowed grounds, we are awed by the presence of these heroes from all around the world.

I want to share with you an inscription that is on a monument dedicated to heroes during the Burma Campaign which so eloquently describes what I think we should all feel today. Its inscription says, "When you go home…tell them of us… and say for your tomorrow….we gave our today."

On this Memorial Day we should all tell them of our Soldiers, Sailors, Airmen, Marines, Coasties, and Civilians from around the world who are giving their today for a better future for all Americans. And for a moment, pause and remember those who had made possible your tomorrows. From the memory of these honored dead, let us recommit ourselves to never forget the sacrifices of these fallen and of their families. Let us commit ourselves to renew our dedication to the values and ideals that have made this nation what it is today, the greatest nation in the world. Let us pray for the safety and strength of our troops who are in harm’s way and remember their families who are keeping the home fires burning. And may we each live our lives worthy of their sacrifice, and the sacrifice of all the veterans who have served this great nation. Those of us who are gathering this weekend to celebrate the time we have together, let’s never forget that America is the land of the free because of the brave.

On this Memorial Day, let us remember those who have paid the ultimate sacrifice for our country, and those who fight for our freedom around the world.

April 25, 2017 – Cypress, CA – In an effort to best align coursework with the U.S. Department of Homeland Security’s (DHS) objectives, Trident University International (Trident) today announced the offering of three new degree concentrations in the University’s College of Health and Human Services.
These concentrations include Bachelor of Science in Homeland Security – Criminal Justice Administration, Master of Science in Homeland Security – Emergency and Disaster Management concentration, and Master of Science in Homeland Security – Logistics concentration.
Designed for both military and civilian students seeking a degree for a career in the homeland security profession at the federal, state, or municipal level, these programs prepare students to respond to domestic crises, terrorist-based events, and natural disasters.
"These programs not only teach students the critical thinking skills needed to effectively respond to emergencies and disasters, but also afford students a deep understanding of, and appreciation for, the legal and ethical issues involved in security matters. The skills are essential as graduates of this program potentially contribute to the safety and well-being of all Americans." Dr. Rudolph Bustos, Department Chair, Homeland Security, College of Health and Human Services
According to Bureau of Labor Statistics (BLS), graduates who hold a Bachelor of Science in Criminal Justice Administration degree often fill roles in Customs and Border Protection, Immigration and Customs Enforcement, Transportation and Security Administration, and the U.S. Secret Service.
Graduates with a Masters in Homeland Security find employment in Citizenship and Immigration Services, Customs and Border Protection, Federal Emergency Management Agency (FEMA), Federal Law Enforcement Training Centers, Immigration and Customs Enforcement, Transportation Security Administration, and the U.S. Secret Service.

Trident in the News 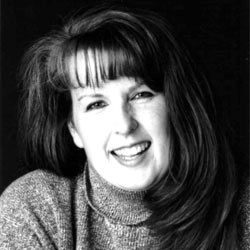 Dr. Pattijean Hooper has worked with federal, tribal, state, local, and community-based organizations in all phases of disaster readiness, response, and recovery. She has been deployed to 23 Presidential disaster declarations, including 9-ll in NYC and Hurricane Katrina.
Dr. Pattijean Hooper, Part-time Faculty
View Profile 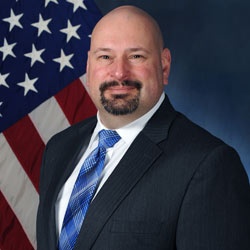 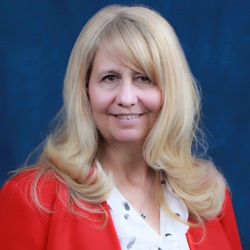 During Melissa's time at Trident, she has strengthened the HR Department; and build the foundation necessary to make HR a trusted partner for employees. Melissa has an extensive background in HR including Organizational Development and HR Program Management.
Melissa Rothmeyer, VP of Human Resources
View Profile 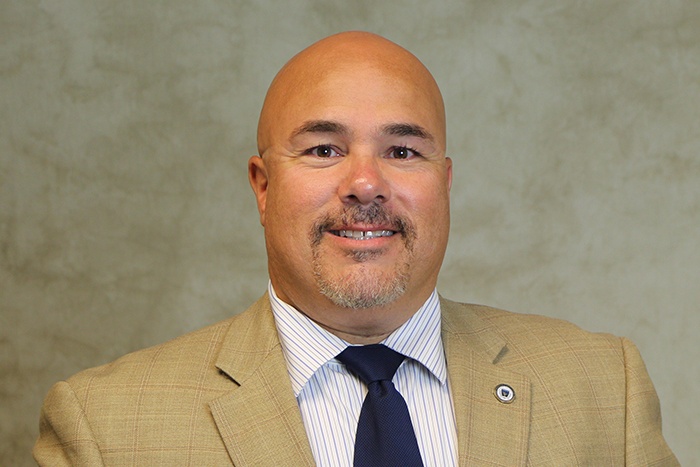 We are so excited to introduce our new Center for Career Planning and Workforce Strategies Manager, Emanuel Sepulveda, joining the center on May 1st, 2017.

Formerly a member of the Outreach and Partnership Team here at Trident as a Regional Manager of Strategic Military and Community Relations, Manny (as he prefers to be called) has previous experience as an Employer Relations Director at Miller-Motte College, and as a Recruiter in the U.S. Navy where he retired as a Chief Petty Officer.

Manny was born in Rio Piedras, Puerto Rico and raised in Hoboken, New Jersey where he enlisted in the Navy on June 13, 1988. He went to Recruit Training in San Diego, California and Mess Management Specialist “A” School. Throughout his time in the Navy Manny earned two Navy Marine Corps Commendation Medals, nine Navy and Marine Corps Achievement Medals and various unit and campaign awards.

Manny’s ability to network and build relationships with employers will serve our students and alumni as they seek employment and advancement opportunities. For those men and women who are preparing to step away from the military and are looking for a smooth transition, Manny offered, “The most important thing to remember when you’re preparing to transition is that no matter where you’re networking or who you seek out for advice, you’re always on an interview. If you treat it like that and maintain a positive attitude, you’ll do a lot of good for yourself.”

Welcome to the CPWS, Emanuel Sepulveda – we look forward to your insight and great new ideas to help grow the center and serve our students, alumni, and employer partners! 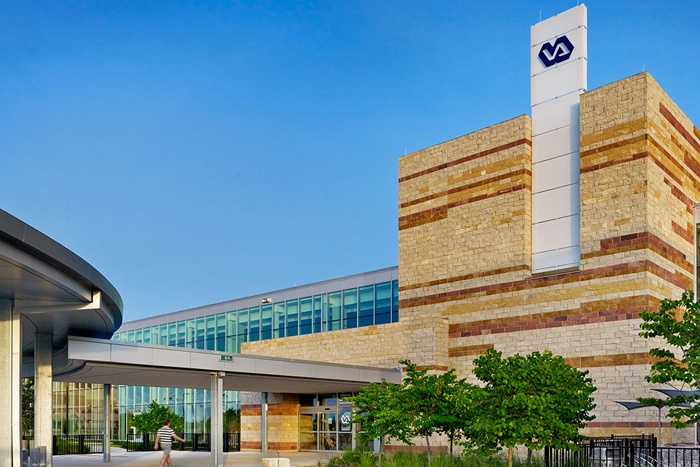 On May 26th, Trident University will distribute hygiene care packages at the Austin (TX) VA Outpatient Clinic. The event, which runs from 9am to 12pm, is part of the University’s ongoing commitment to be active and involved in the communities where its students and alumni reside.

If you are in the area and want to stop by or participate,  contact alumni@trident.edu for more information. If you can't attend, but would like  to donate to the cause, please mail them or drop items off to:

Trident is collecting the following materials requested by the VA for the hygiene care packages:

We Are Trident Strong.

Next Fastrac session begins May 8, 2017. For important dates and deadlines, the academic calendar has all of the information you need!